This Baked Cinnamon Cream Cheese Roll-Ups recipe is a simple process that yields an amazing churro-like breakfast treat. 20 minutes in the oven (if you can wait that long) to dig in to these!

Can you believe I actually had to convince my children to try these? They’re deeply suspicious of all new foods (ugh), and were skeptical when I said brightly “they’re really good!! Try one!”.

I think they’re onto me, because I also said that about asparagus a few weeks ago, and they did try it. And hated it.

I guess I kind of deserved that one.

Anyway – the cinnamon-y deliciousness of these Cinnamon Cream Cheese Roll-Ups hit their nostrils, and they deigned to taste it. Naturally, their mother was right (as always – we’ll forget about the asparagus incident).

There was none left!! Little boys who decide they like something are really committed to finishing entire plates of things… Which, when it’s this kind of thing… is a crying shame because there’s much less left for me!

Thankfully, they’re super easy to make, so I can whip up a batch any time I like. You can actually make these ahead, though (see below)

Just some cream cheese mixed with powdered sugar, bread (with the crusts removed), melted butter and cinnamon sugar. That’s it! 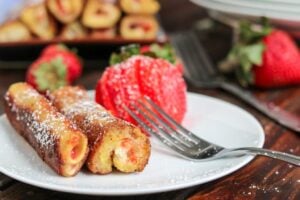 How about a variation?

Cooked apples, diced small are awesome inside these, or maybe Raspberries, Blueberries, Nutella. Even peaches!

Actually, yes. I made these again, baked them – and then let them cool. They were great reheated in the oven – only took 5 minutes. 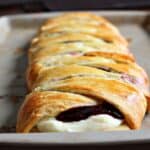 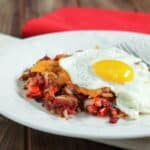 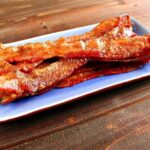 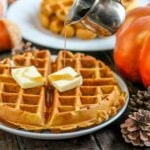 This Baked Cinnamon Cream Cheese Roll-Ups recipe is a simple process that yields an amazing churro-like breakfast treat. 20 minutes in the oven (if you can wait that long) to dig in to these!
4.96 from 24 votes
Print Pin
Course: Breakfast
Cuisine: American
Prep Time: 5 minutes
Cook Time: 20 minutes
Total Time: 25 minutes
Servings: 4 servings
Calories: 611kcal
Author: Kylee Cooks
Want to scale this recipe?Simply click on the serving amount and move the slider up or down - the recipe will automatically adjust! 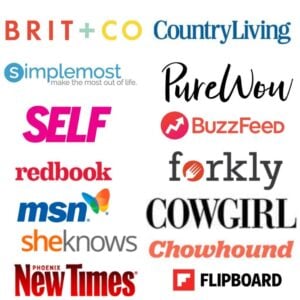 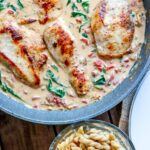 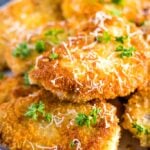 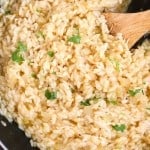 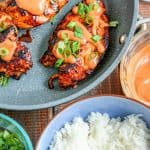 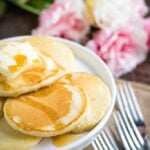 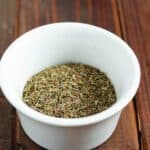 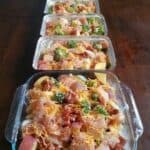